Home » From Compromise to Connection

From Compromise to Connection

As a parent, I went from compromise to connection with my adopted son. When I brought him home from the hospital, I was under the naïve impression that because he was never in the welfare system he would have minimal difficulties adjusting to his new life. I believed that my husband and I could provide him with a safe, loving home and offer him ALL the tools he needed to conquer the world. Boy was I wrong!

My son began struggling daily within the first couple of years.  At that time, I attributed his behavior to the transition of me becoming a stay-at-home mom to two children (an infant and a three-year-old) while my older two were off to school during the day.  However, the days continued to get harder and harder and I began to realize it wasn’t just him that was struggling, I was struggling too. 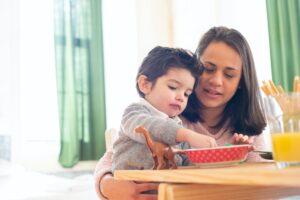 Despite all of the parenting strategies and techniques I was given during the adoption process, as well as my own experiences, I had no idea that parenting this amazing boy would require so much extra effort on my part.  As a child, I was raised in a very authoritative environment.  I never felt like I had a voice or a say in most of my interactions or daily activities. Never did I realize that my instinctual reaction to correct my children was making my effort to achieve changed behavior unsuccessful.

On my search to find some help with the extremely angry tantrums and prolonged meltdowns, I found Trust-Based Relational Intervention (TBRI).  It was a moment of awakening for me.  Learning about some of the principles behind TBRI and the emphasis that is placed on connecting (and I mean genuine connection) and empowering my children was the beginning of our new, much more successful journey.

TBRI is designed to meet the needs of children who have experienced adversity, early harm, toxic stress, and/or trauma. Because of their histories, it is often difficult for these children to trust the loving adults in their lives, which often results in perplexing behaviors.

Using the three principles of TBRI: empowering, connecting, and correcting, I became more open to compromise and started giving my children the opportunity to make choices, allowing them to feel heard and seen.  For instance, the transition from coming home from school was often a challenge. I used to refuse their request for an after-school snack but now immediately hand them a bottle of water and yogurt when they come through their door – an instant “yes” as soon as they enter our home. The action allows me to show them I’ve got their back and will fuel their bodies after a long difficult day.

Because of the techniques I learned from TBRI, I was able to start focusing more of my attention on connection and empowering my children.  The smile on their face when they ask for a compromise and I get to tell them “YES” helps us know that the strength of our relationship is growing. It also encouraged me to continue to engage playfully with my children.

The Florida Center Training Institute offers TBRI training for parents, caregivers, teachers, or anyone who works with children, to see the “whole child” in their care and help that child reach his highest potential. 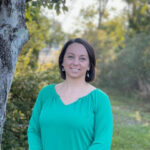