Home » How to Be More Autism Aware

How to Be More Autism Aware

Ever wondered how to be more autism aware? In Season 2, Episode 3 of Centering Kids: Advice from the Experts at The Florida Center for Early, host Merab Favorite interviews Occupational Therapist Melissa Cox and Mental Health Therapist Lisa Klein in observance of World Autism Awareness Day & Month. The three women discuss suspected causes of autism, therapeutic treatments, and how we can all become more autism aware.

Autism Spectrum Disorder, or ASD, is one of the fastest-growing disorders in the U.S., affecting an estimated 1 in 44 children. The disorder doesn’t differentiate among groups, touching all nationalities, ethnicities, socioeconomic statuses, and both genders (although it’s four times more prevalent in males). 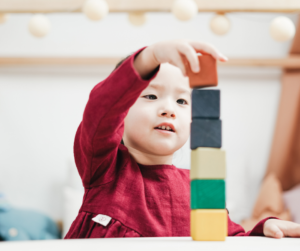 “One in 44, that’s a lot of people,” said Melissa Cox. “You might not recognize someone at the playground or in the workforce as having ASD, but the stats are there confirm that we are interacting with these individuals on a daily basis.”

Both Melissa and Lisa agree that each individual with autism is very different, making therapeutic treatments a  personalized approach. ASD is a spectrum disorder, with each individual’s exceptionalities varying in severity. They both agree that early intervention is best when it comes to treatment, but that ASD is a lifelong disorder.

When asked what people can do to raise awareness about autism, Melissa said we should let our children ask questions and make friends with their peers who are on the spectrum. She said that often, parents worry too much about “saying the wrong thing” and most parents with children with ASD  just want them to have a friend.

Lisa, who is also a volunteer advocacy ambassador for Autism Speaks, said instead of referring to the disorder as a “disability” she likes to think of her clients as having an “exceptionality.” Not only does this empower them to reach their full potential, but it also helps typically developing individuals think of them as individuals.

Want to learn more? Just listen to the episode!