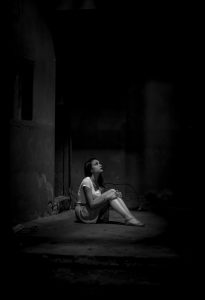 Early in my career as a social worker, I spent four years as a case manager in the child welfare system.  I was lucky to be surrounded by compassionate co-workers who were all doing the best they could to make some kind of difference in the lives of the kids we were working with.  As a case manager, it’s not uncommon to be involved with a family for well over a year, so I got to know many of the children I worked with very well.  Their stories are still with me.

“We have no choice but to invest in prevention programs because I saw firsthand the damage that is done to young children when they experience abuse or neglect.”

There was Jacob, who at the age of 3 was the angriest and most destructive toddler I had ever met.  His foster parents were ill-equipped to deal with his behaviors, which were not a surprise given the domestic violence he had been exposed to.  He had watched his father beat his mother on many occasions.  There was 13 year old Ava, who had been sent to live with her elderly grandmother due to her mother’s drug addiction.  Her placement there didn’t last long because her grandmother could not control the wild teenager who ended up getting pregnant.  At 13.  Even worse, she was not sure who the father was as she had been with several boys.  Who knows what Ava had been exposed to while living with her mother, but it clearly had an impact.  There was Brianna, a sweet and smart 9-year-old who seemed to carry the weight of the world on her young shoulders.  Her mother was in jail and her father should have been.  Brianna and her younger sister had lived in various motels and their car at one point.  It was suspected that she had been sexually abused, most likely by someone her parents were getting high with.

“It was devastating to realize that these kids, who had been born with so much promise and potential, would very likely end up repeating the same cycle.  Their story had been written for them.”

It was devastating to realize that these kids, who had been born with so much promise and potential, would very likely end up repeating the same cycle.  Their story had been written for them. How would Jacob learn to deal with his anger?  How would Ava know how to provide her baby with a safe, stable and nurturing home environment when she had never experienced that herself?  How would Brianna ever trust anyone when the two people she should have been able to trust neglected her so horribly? I realized that I might not be able to save them but I could make sure that other children did not suffer the same fate.  I left that job to move into the field of prevention and have an opportunity to impact families upstream.

It has been almost 20 years since I began working with Healthy Families, an evidence-based child abuse prevention program.  Many of the parents we serve have stories similar to those children I worked with so many years ago.  Thanks to Healthy Families, their children will have different stories, and far better outcomes.  The cycle of child abuse can be broken with proven programs like Healthy Families.  Investing in prevention is a no-brainer, because every child deserves to be able to write their own story.